During the Great War, Ombersley School had around 190 pupils, taught by the Head, four teachers and two monitresses. William George Page was Headmaster until his retirement in February 1918; Thomas E Styles took over and taught until he was conscripted into the Army in July 1918 when Elsie Muriel Gray was appointed as temporary Head.
Mr Page’s own son, Wilfred, served in the Coldstream Guards and was killed at the Somme on 15 Sep 1916. His remains were never found and he is remembered with many other serving men on the Thiepval Memorial. 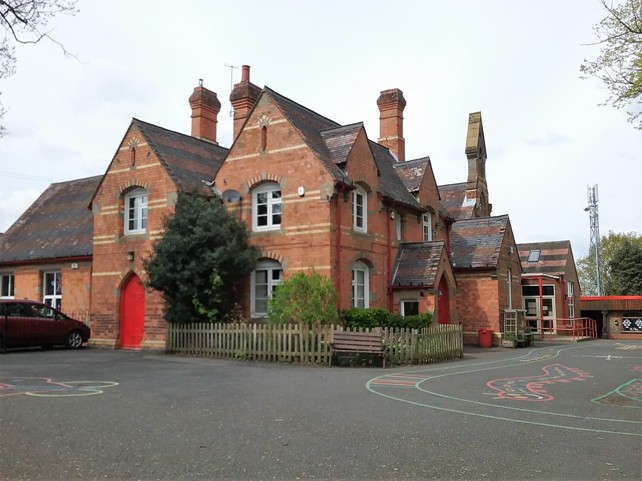