The Crown & Sandys Hotel was originally built by Lord Sandys as somewhere for his guests to stay when visiting. During the war, the hotel was managed by John William Stanton, aged 63, and his second wife, Elizabeth Rose, aged 27. The couple had married in 1908 and had a daughter in 1910. The hotel had 17 rooms, and employed 2 resident servants in 1911. Arthur Turner’s mother worked for a while in service at the hotel.
John Stanton is listed as Inn Keeper and farmer, resident at the Crown and Sandys or Crown Hotel from the 1881 census onward. With his first wife, Charlotte, he had at least 7 children.
The Stantons remained at the Crown Hotel until John died in March 1919. He was succeeded as landlord by William Lee Blackburn. By 1924, the landlord listed in Kelly’s Directory is Arthur Timkiss. 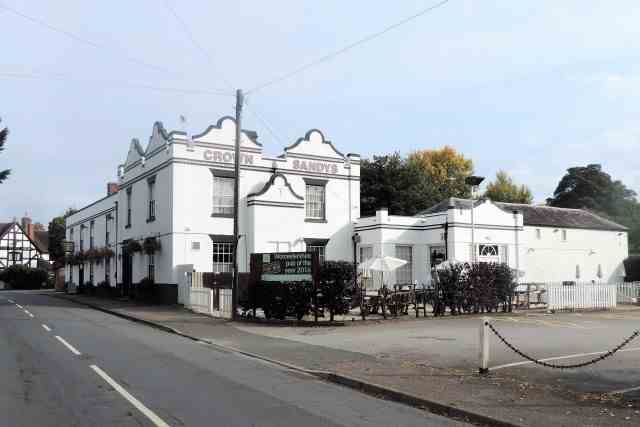 Information on Crown and Sandys