Woodfield Cedars was owned by General Arthur Henry Marindin, owner of a large quantity of property in the parish. General Marindin served in the Black Watch and did not live in Ombersley.
Born in Natal, South Africa, Jonsson was educated at Malvern Boys College and Magdelene College, Cambridge, before joining the Rifles in about 1902. In 1911, he lived in Maida Vale with his German wife, Annie, and their adopted daughter, Helen.

Jonsson is listed in the Electoral Register as the occupant of Woodfield Cedars in 1914. He also seems to have rented a house in Horsham. Jonsson was sent to France as part of the British Expeditionary Force in August 1914, and was captured and interned as a Prisoner of War.

The tenancy of Woodfield Cedars passed to Mrs Helen Campbell by September 1917, at which date she advertised for a Cook-General. Mrs Campbell qualified for the vote in 1918. She was still living in Woodfield Cedars in 1924.

In December 1918, Jonsson obtained a divorce from his wife on the grounds of her ‘misconduct’ with solicitor, Arthur Stallard, having received a telegram after his release from PoW camp telling him that the couple were both living in the rented house in Horsham. After the war, General Marindin subscribed £25 to the Memorial Hall Fund, and Mrs Campbell subscribed £2. 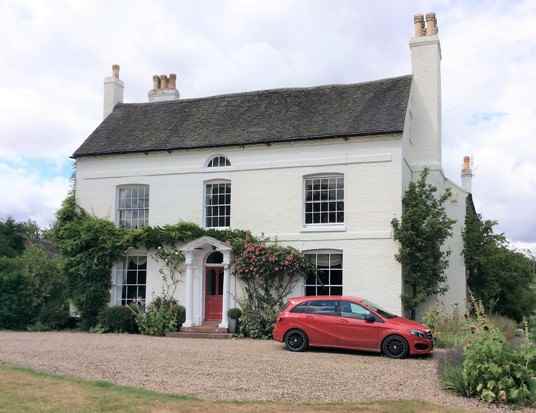