This house was built in 1823 the same year as the church and was part of the Ombersley Estate. It was rented during the war by Mr William Henry Lucas, and his wife Hariett. Mr Lucas was a retired engraver and silversmith who had operated a workshop in Vyse Street, the heart of Birmingham’s Jewellery Quarter. When he died at Redmarley in 1924, his estate was worth over £4400 (equivalent to £180,000 today).
The front of the house does not appear to have changed much over the years except for the colour of the front door and the wisteria which currently grows all over the house. We cannot tell what colour the door was originally but it is currently dark blue. The windows at the front of the house we think are original and have the original wooden shutters in the downstairs rooms. 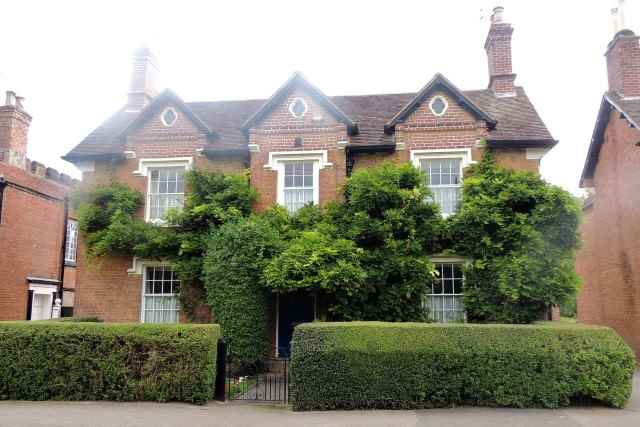