Spring Cottage, Haye Lane, Ombersley, was built around about 1821 on what was called the Oldfield Common. it is described as a double fronted detached cottage with five rooms, a coal house, pig sty, baking oven and outside privy.

The cottage was owned by Letitia Moule until her death in 1913, and then it passed to her stepson Jonathan Moule. Jonathan lived at Hadley Heath Farm, Salwarpe. Neither lived in the cottage but rented it out to tenants.

At the time of the 1911 census it was occupied by Albert Passey and his wife Elizabeth. Passey paid £6 rent per year. The couple had rented the cottage since 1895 and had nine children in that time: Eveline, Florrie, Ethel, Elsie, Percy, Wilfred, May, Cecil and Stanley. In 1911 only Percy, Wilfred, May, Cecil and Stanley still lived with their parents in the house. The other children had grown up and left to live elsewhere.

Albert and William were farm labourers, as was Percy, who in 1911 was 13 years of age. We know that Percy joined the Royal Artillery on 3rd February 1917 at Hilsea and survived the war, dying in 1975. His name is recorded on the Roll of Honour in Ombersley Memorial Hall.

The Passey family ended their 18 year tenancy and moved out of Spring Cottage in 1913, making way for Mr and Mrs Edwin Colley and their two daughters, Alice Rosetta (aged 3) and Phoebe (aged 2).

Edwin Colley was a threshing machine engine driver and farm labourer. He was not called up in 1916 because he was over 49 and thus too old for service. In any case, he would probably have been exempted from service by a military tribunal because of the essential nature of his occupation to national food production.
The Colley family continued to live in the vicinity of Ombersley after WW1. 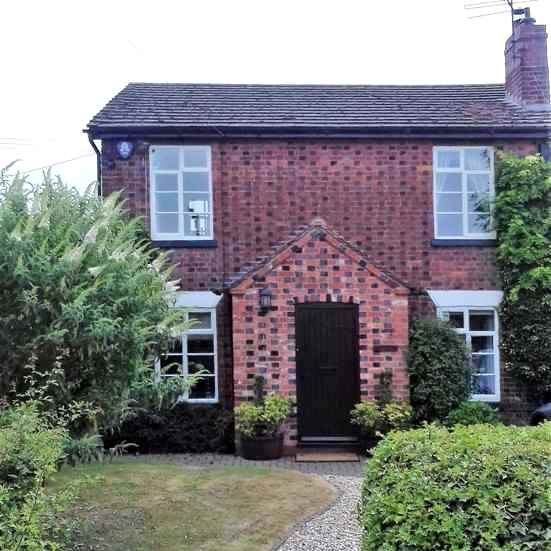